In 2021, to close out the year, we re-ran the year’s expeditions in a reduxed format over the holiday season to give people another chance to experience these events and reap the rewards when time is perhaps a little more available. That proved to be very popular so we are pleased to announce that we are doing it again.

Here are the dates:

Rewards for these expeditions include the Exotic Wingpack customisation, the Helios and Quad Companions, and the legendary Leviathan Frigate – along with much more! 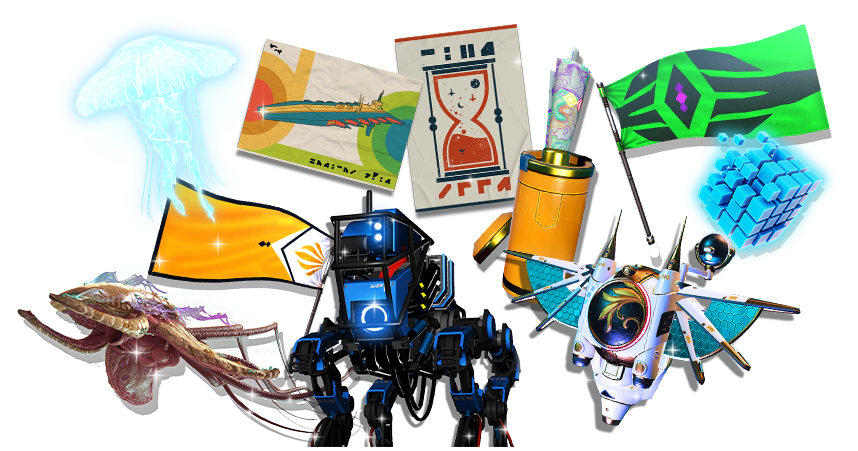 2022 marks our sixth year in the life of No Man’s Sky and it has been one of the busiest yet.

In February, we released our first ever handheld version of No Man’s Sky day and date with Steam Deck. It has been amazing to us to consistently see it in the Top 10 most played games since then.

From that point on, there has been no stopping our small team. Four major updates have dropped (taking our total since launch to 21!)

No Man’s Sky SENTINEL allows you to fight alongside your own personal robotic companions and battle an array of new foes! Introducing a total overhaul of weapon systems; new lore and stories; all-new Sentinel enemies and combat behaviours; the ability to reprogram and adopt your very own friendly AI drone; and much, much more!

With the OUTLAWS update comes the opportunity to be an interstellar rebel! Introducing outlaw systems; the ability to recruit your own squadron of pilots; improved space combat; a stunning Solar Sail Starship, and much more!

No Man’s Sky’s 20th free update, ENDURANCE, reimagines the experience of being a freighter captain, with a total rework for space bases that allows you to build visually spectacular structures upon your very own capital ship.

WAYPOINT, No Man’s Sky’s 4.0 update, is an overhaul of fundamental gameplay elements including game modes, inventory size and usability, milestones, journey cataloguing and much more!

We continued with the ever-popular community missions (and the associated rewards and Twitch Drops), clocking up 4 expeditions, including the gargantuan Leviathan.

We also welcomed a swathe of new Travellers into the game when we performed a minor miracle by releasing the Nintendo Switch version in what people are calling one of the best ports for the platform:

In addition to all that, we also found time to announce that No Man’s Sky is in development for macOS and PlayStation VR2, the latter coming as a free update in February 2023 day and date with the PSVR2 hardware.

Polo’s synthetic companion, having concluded their cultivation of the plantable clumps of Cloven Paw, Ribbon, and Antler grass, has now turned their efforts toward developing a new cape for Travellers: the Titan Worm Cape. 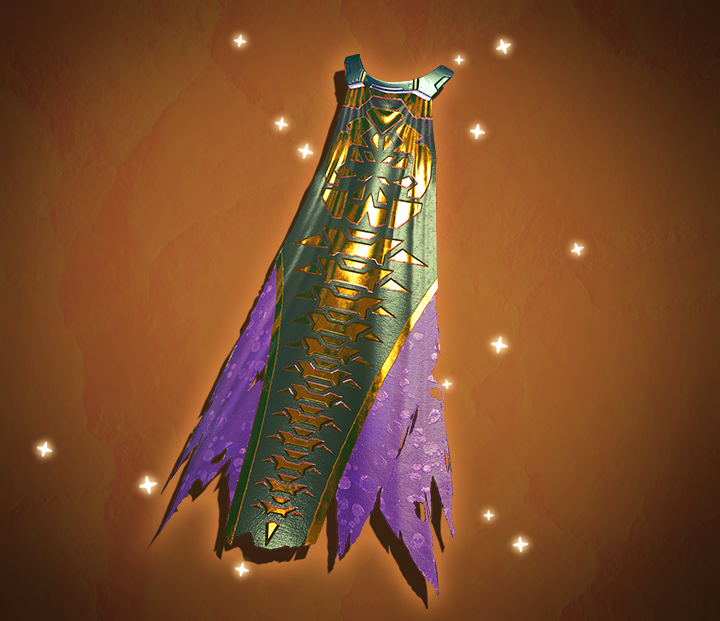 “The worm lord towers above the dusty earth; its flesh becomes the sky.”

The Quicksilver Companion requests assistance in collating data from Nexus missions to contribute towards their research. Progress towards unlocking these exclusive decorations can be viewed in the Mission Log, at the Quicksilver Bot’s kiosk, or at the Galactic Atlas site.

These super cute renditions of Ares, Helios and Eos are by u/H3M4D. 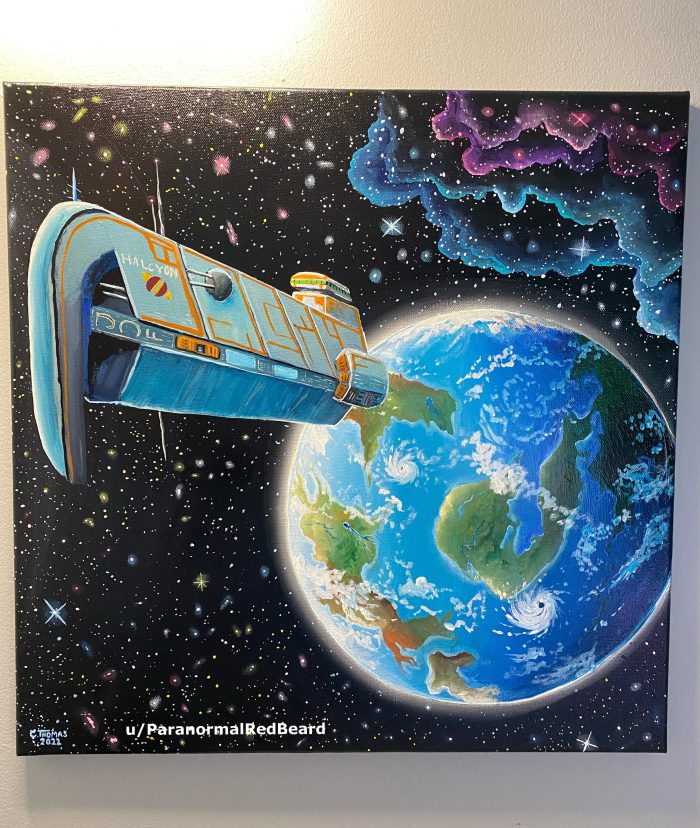 u/ParanormalRedBeard painted this freighter in traditional acrylics – we love the nebula colours! 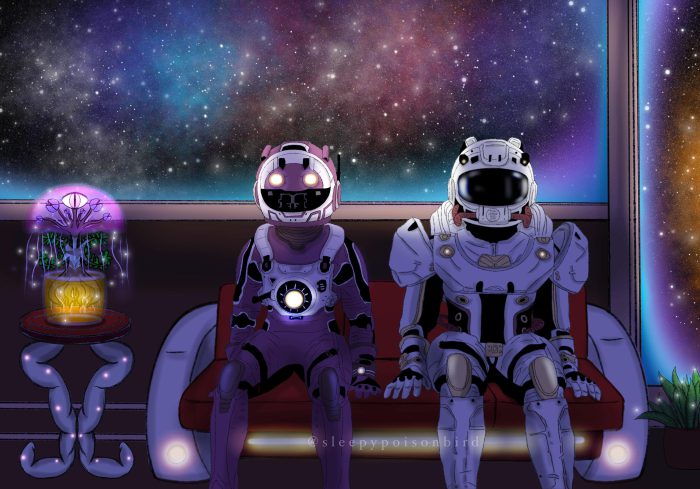 u/u_maxerainna drew this lovely scene of two Travellers sitting side by side. 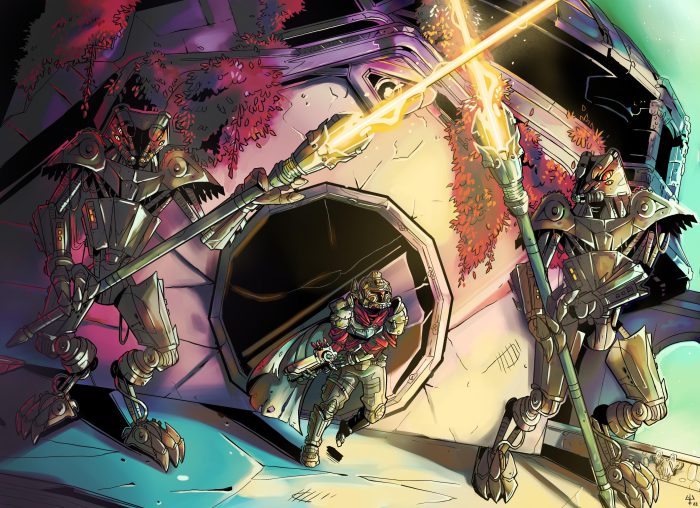 This dramatic and imaginative scene is by u/vestele8 – created for a fellow explorer! 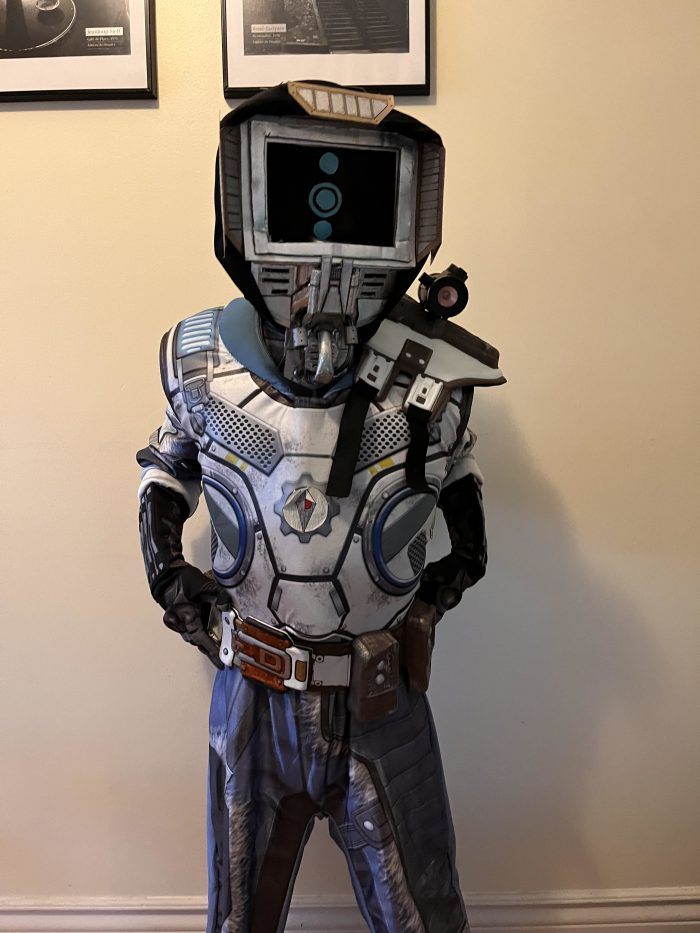 Finally, we were blown away by this super cool Korvax Halloween costume shared by u/killerkyguy, and modelled by their 7-year-old!
Your screenshots keep us motivated! Thank you for sharing these lovely shots, @pachafly, @Westlyn, @ZetaReticulanWeirdo and @StarDrifter420.

Plans are well underway for 2023, and we look forward to sharing what we’ve been working on in the new year!

Today, we are releasing update 4.07, which includes the Redux editions for the expeditions, as well as a number of stability and gameplay fixes.

The post Holiday 2022 Expeditions appeared first on No Man's Sky.

Started the new expedition and this is the first space station I entered... I DONT HAVE CREDITS!!! :...

This is Bob, my living ship whom I've traveled countless star systems in order to hatch. Say hi to B...

Has anyone ever found a ship underwater before?

I’m one with the ship. The ship is with me.

My 3rd attempt at a Kaleidescope. Used a 24 sided circle this time. also some dude is currently buil...

Should I tell the captain his balls are showing?

This is the end for me. I'm unable to locate the Guppy's Launch Thruster parts that scattered during...

I wish this game had more to do in space, not just on planets.

I just got my first freighter, and one of my favorite things to do is just go outside and stare at the stars. I wish there was more stuff to do in space than just mine asteroids. Like, more encounters like derelict freighters would be cool. And why can…

I knew I shoulda taken that left turn at Albuquerque 🥕

When you forget some words have more than one meaning, and wonder what the heck kind of weather you'...

Bro thinks he tough 💀 Im about to clap him

Wish We one Day Actually Could Fight Battles like These