Five years ago this week, we launched No Man’s Sky. For the first time we watched players all over the world begin to explore the universe we had created. It was a nerve wracking moment and the culmination of five years of very hard work for our tiny team (the average team size was just 6, and at launch was just 15). 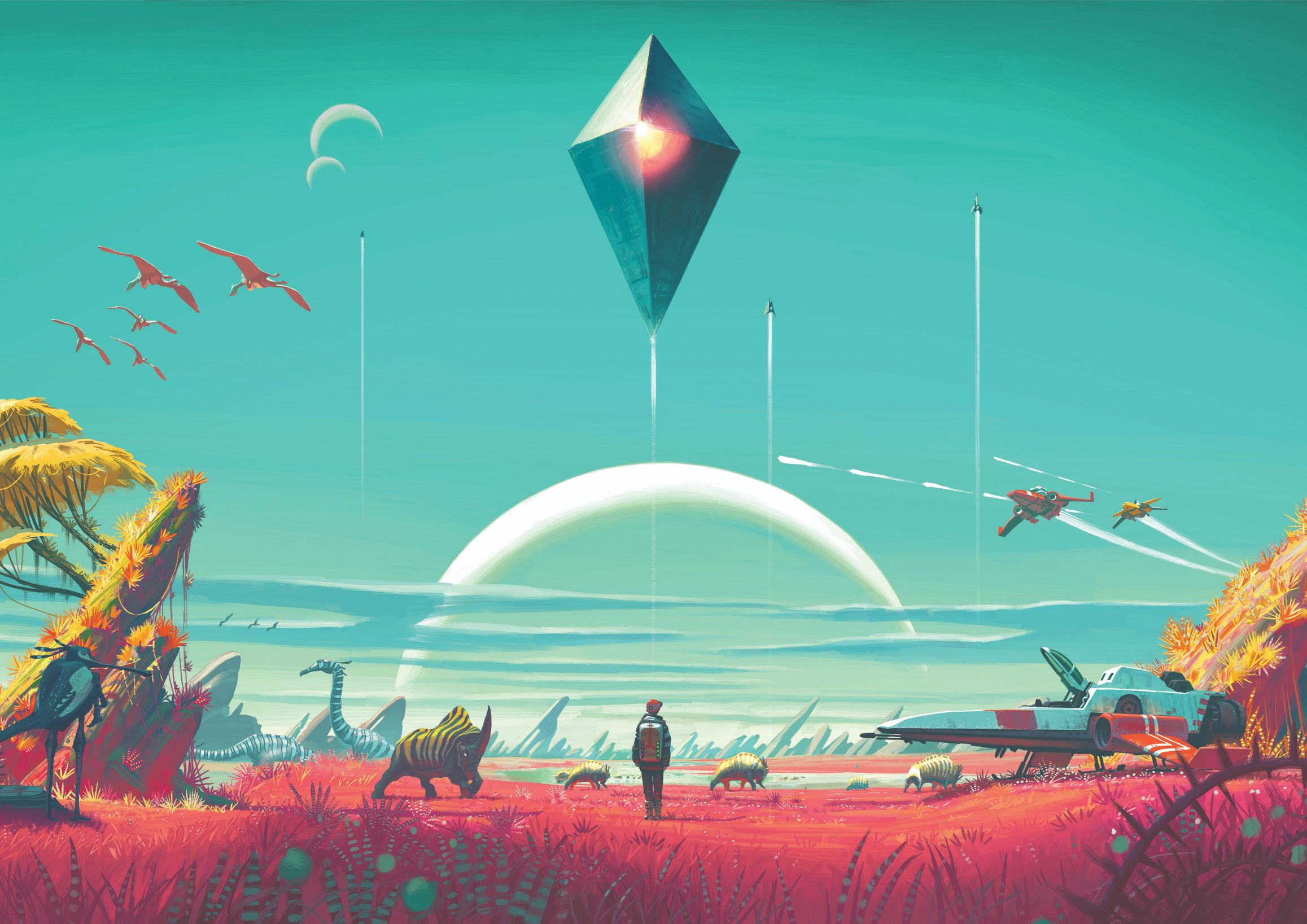 We knew this was the start of a journey, but never expected what a wild ride it would be. Today we’d like to take a moment to appreciate this milestone together. It hasn’t always been easy, but the thing that has been our guiding star throughout has been the players and the community. Behind every update, every video, every feature and line in a patch note is a team that cares so deeply for this game.

We’re so proud of what we’ve built and the major advances that the game has received. Multiplayer, base-building, VR, cross-play, next-gen updates, pets, expeditions, mechs, living ships… it’s a pretty long list. Watching that video even the team is surprised by just how much No Man’s Sky has changed over the years, but also how close it has stuck to that central vision of building a universe to explore.

All our updates have been free, and the community grows with every passing update. Today we’re enjoying a stronger player base than at any point in the past five years. Given that growth, we’re thrilled to see that the positivity and welcoming nature of the community holds strong. We’d like to take this opportunity to thank all of you who contribute to creating a safe and nurturing environment for any new travellers who find their way into our universe. 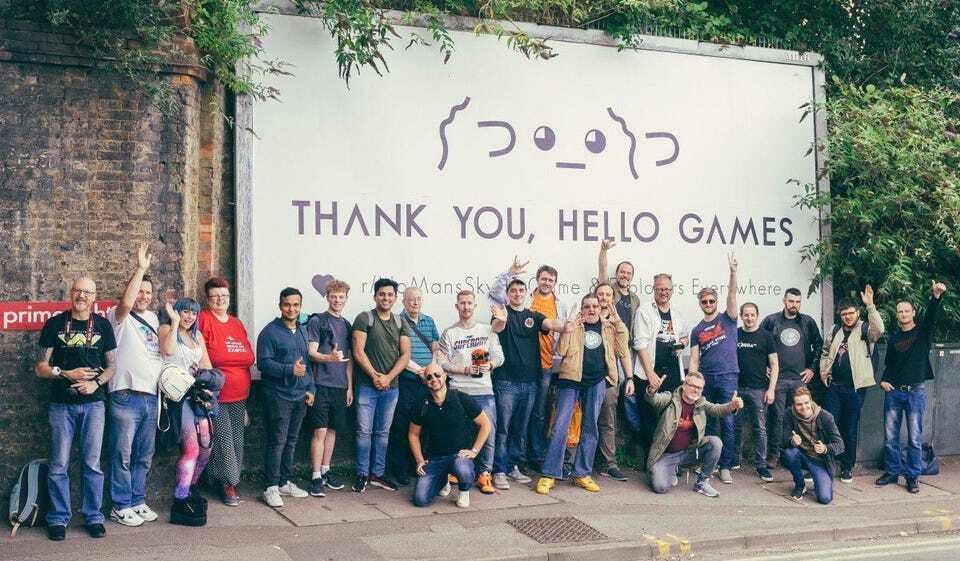 Over the last five years No Man’s Sky has realised a shared dream we had of creating a game where you could explore an infinite universe, where every planet was undiscovered and unexplored. I’m glad that we’ve been able to share that dream with players, but even more glad that, five years on, we continue to be excited about finding new and innovative things to build on from what we’ve already achieved.

Today it seems fitting that we celebrate the anniversary in our own way, by teasing the next update. FRONTIERS will be our seventeenth (!) and we’re excited to bring it to you very soon.

The post No Man’s Sky 5th Anniversary appeared first on No Man's Sky.

TL;DR at the bottom.

I grabbed a screenshot of the now famous Crescent moonish O in Frontiers trailer and measured it to be approximately 100px in Diameter (if not, I scaled it). Therefore the radius is 50px.

I then measured the distance from the furthest edge of the black crescents right side to the outer edge rim of the larger circle and deduced that the inner circle would be 75px in diameter.

My first thought was to figure out how much of the area the crescent takes up of the smaller circle, which is ~ 1590px of the larger ~ 4415px whole smaller circle. Math goes something like this:

I then nearly disregarded the math… because well… 36% is quite a bit of crescent for this little circle, while mathematically correct… but then it dawned on me that the crescent could actually be of the bigger outer circle.

Further digging the rabbit hole we could go into assuming that since these Moon Phase calculations are done in UTC, and Guildford is UTC +1. The 20.25% Crescent calculated above would put us at 21:00 UTC or 22:00 BST for a 8pm BST Time.

If we tack on a bit of history:

Beyond was announced on the 2nd of August 2019 to be released on the Wed. 14th of August 2019 (though the Beyond Launch Trailer was added to YouTube on August 8th, 2019 and my memory is foggy on when it actually launched), Wed October 28, 2020 we saw Next Generation launch trailer, Wed. September 23, 2020 for Origins trailer so you get the picture. All of these patches rolled out by end of day on those respective days.

Thanks to the following post for piquing my interest in calculating this out:

tl;dr: I calculated the Crescent portion of the moon in the Frontiers teaser trailer, while I’m probably wrong, but knowing how Sean likes to play games with math and the like – the update could drop between Wednesday and Friday this week, but it also might not drop for several months because this is all speculation.

I can't believe i found this ship! R2-D2 is there too!